Japanese women have been learning martial arts for a long time and are skilled in martial arts, especially in Naginata. This martial art can turn a gentle woman strong enough to withstand a dozen men. Naginata is a martial art that uses Size weapons, born from wars and the majority of women who practice this martial arts instead of men.

During the Edo period from 1603 to 1867, women often used Naginata martial arts with weapons to defend themselves because this was the martial art that needed to be learned at this stage. The halberd is a detachable body weapon and housed in a case usually made of wood.

This is a martial art for the female warrior force of the Japanese aristocracy and only for the nobility.

Naginata martial arts is developed according to the modern path, for all classes, anyone can study. Besides, Naginata usually organizes yearly tournaments. 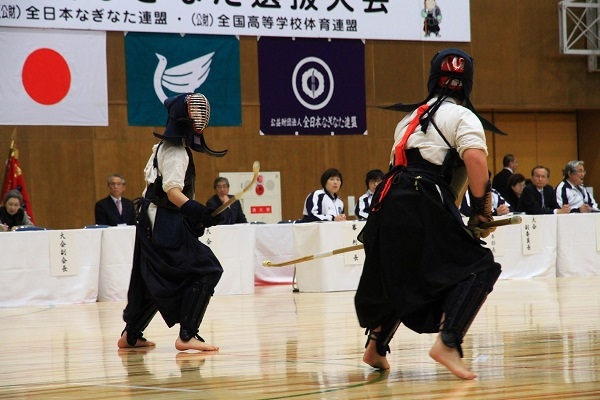 With the type of competition, Naginata divided into antagonistic and performing types. For this type of fighting, the opponent who attacks each zone will get points. Areas of the body will be covered by masks, armor, … With the type of performance, all standards will be prescribed.

For competitive combat, boxers use jacks with a bamboo blade and in performances, boxers use oak blades.

Nowadays, Naginata martial arts is increasingly developed and established an academy specializing in training, raising the level of this sport and having an association specializing in the management of this martial art. Naginata is a martial art with a large number of women with 55,000 people in Japan, a very respectable figure for a normal sport.

Currently, Naginata has spread to Western countries, but unlike Japan, in Europe or Australia, this martial art is mainly for men. When mastering all basic skills, boxers will be enhanced with advanced techniques and dangerous moves.