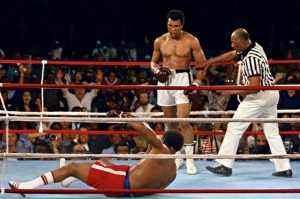 Boxing utilizes footwork, head movements, and punches to form a very efficient striking system which is also widely considered one of the most effective self-defense methods. For hundreds of years boxing has been at the heart of all combat sports and it provided some of the most popular athletes the world as ever seen such as Mike Tyson, Muhammad Ali, and Manny Pacquiao. The ferocity, power and technical knowledge of a high level boxer in the ring never fails to suprise anyone who watches it.

Also known as “the sweet science”, boxing is one of the most celebrated and oldest martial arts of all time. It has been perfected and refined for thousands of years. The article belows reveals the reasons why boxing is an excellent martial art:

For thousands of years, boxing has been around and became one of the most refined martial arts in history. It has also greatly increased it’s effectiveness on all levels and is consistent testing in combat situations between top practitioners and athletes.

There have been many stories of boxers with a single punch taking out muggers. A boxer’s hands are trained to throw punches with more power, speed and accuracy than any other martial artist. This is in fact all that a boxer ever needs. Boxers are trained for one purpose that is to punch effectively. Also, a boxer isn’t exactly the easiest target to hit either because the discipline of blocking, footwork and consistent head movements.

Boxing is simple and easy to learn, regardless of shape, age, gender, and size making it an ideal workout or martial art choice for anyone. Whether it is for fitness, fun or competition, boxing also ensures fairness and safety to its practitioners.