Muay Thai, also known as kickboxing is a popular type of martial art with its roots in Thailand. It is an excellent option for a beginner martial artist because it focuses on a number of common techniques that are also applied in other forms of martial art. Muay Thai is highly regarded, and it will give you considerable competitive advantage in stand up fighting. 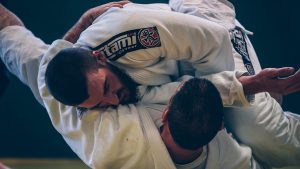 The Brazilian Jiu Jitsu is essentially a ground based grappling form of martial art. Jiu Jitsu artists have to master the art of using joint locks and chokeholds to keep their opponents grounded. The good thing about this type of martial art is that it gives weaker persons a change to defend themselves against stronger opponents. This explains why it is popular for self-defense.

Karate is an ancient type of martial art hailing from Japan. This form of martial art is known for minimal contact, unlike Muay Thai. The focus in this sport is to enhance stability and finding inner-peace. As much as it might not be the best form of martial art for MMA fights, some fighters such as Stephen Thompson have been able to integrate karate into their fighting style to enhance their emotional stability.

The forms of martial arts are extensive. Judo, Taekwondo, Mixed martial Art (MMA), and even Boxing are examples of martial arts. Learning martial arts, irrespective of your age, can prove to be one of the most rewarding decision you will ever make.